Karuna Training is an education program of Upaya Limited, a German non-profit company in Cologne. 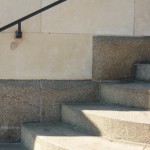 We are a provider of contemplative trainings in mindfulness and compassion that are designed for people in therapeutic and social professions. The trainings consist of meditative components and have been developed on the basis of the connection of Buddhist tradition and western therapeutic perspective.

Upaya is a word from Sanskrit and means skillful means. In  Buddhist psychology it says that from wisdom (the understanding of the nature of mind) grows the knowledge about the skillful means with the world. The Upaya gGmbH is based on the notion, to combine the wisdom of the meditative Buddhist tradition—like mindfulness and meditation—with the methods of western medicine and psychology. Upaya offers trainings in contemplative psychology (Karuna) and contemplative healing (menla), that are designed for people in order to learn about those Buddhist methods and integrate them into their professional practice. The trainings take place in an open set up made for western people.

The content of the trainings are derived from the master studies at Naropa University in Boulder, Colorado, USA.

Karuna Training is being offered internationally: 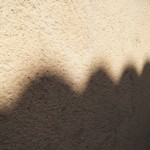